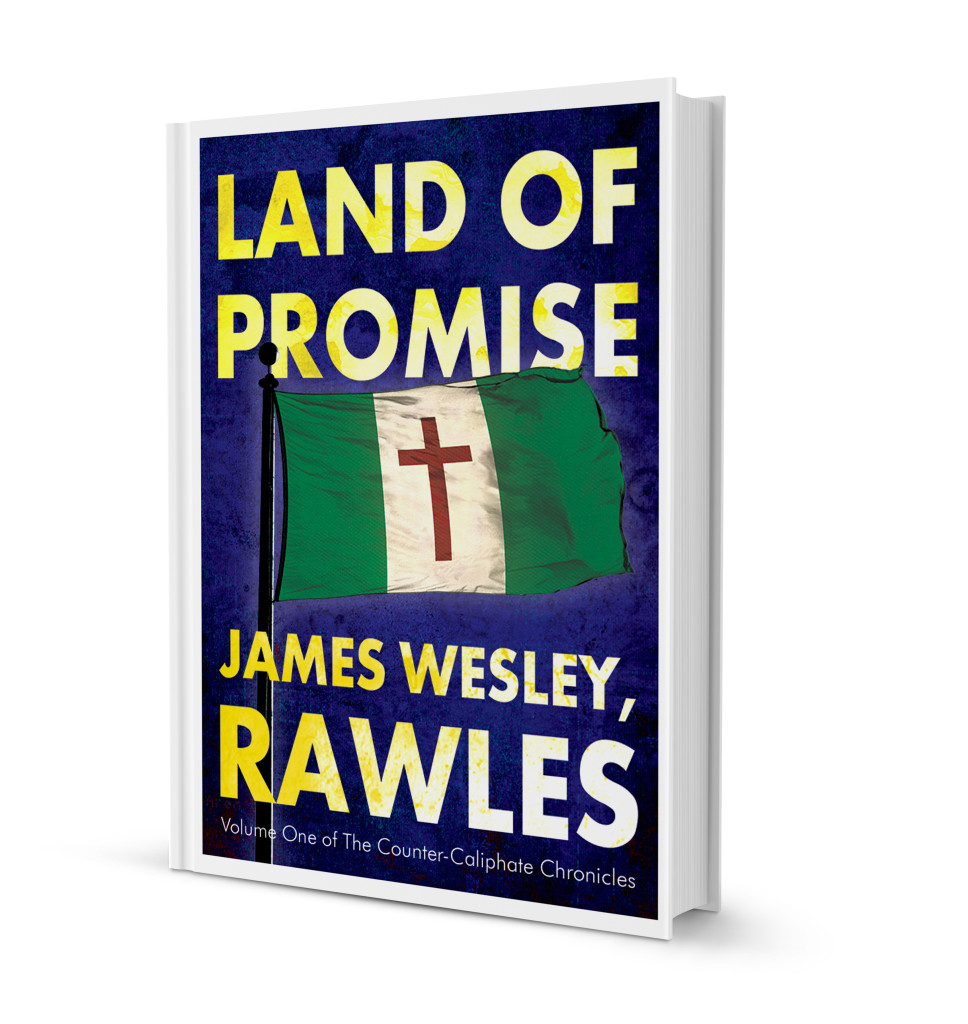 Land of Promise is a bold piece of speculative fiction that posits the establishment of a Christian nation of refuge, in response to the establishment of a global Islamic Caliphate in the near future. Launched by a pair of free-thinking venture capitalists and an Israeli art dealer, the fictional Ilemi Republic is carved out of a disputed border region between Kenya and South Sudan, with the consent of the governments of these two neighboring nations.

“In Land of Promise, [Jim Rawles] crafts an exception to the rule: He speculates on proactive efforts to carve out a liberty lifeboat on Earth. It is the last refuge of free people in charge of their own lives. In every other place on Earth that man has put down roots, the usual suspects come out of the woodwork to offer advice on how to run his life and eventually develop systems that strangle that very life out of them. Some of these have been much worse than others as witnessed in the blood-soaked twentieth century.”

“Rawles is an amazingly gifted author who has singlehandedly reignited the postapocalyptic thriller. Survivors is an instant classic.”

“Rawles’ Survivors is well worth reading. . . well-written and informative, and speaks with an honesty and bluntness often missing from the policy prognotications of the political elite.”

Instant delivery to your computer, tablet, phone, or Kindle.

James Wesley, Rawles is a survivalist author and lecturer. He is the founder of Liberty Paradigm Publishing. He is also the founder and senior editor of SurvivalBlog.com. He is a former U.S. Army intelligence officer, and now work as a full-time blogger...